The first time the inside of a Lenovo X1 Fold was revealed to teams of engineers and product managers in Lenovo’s US office, it caused quite a stir. Crowding around the second iteration foldable PC, it’s fair to say they were “geeking out” over the finer details that aren’t usually visible, such as the thermal system, or the intricate ways the cables were routed. In fact, every single millimetre of space inside the device has been optimised as much as technically possible, and with input from specialists in everything from hinges and keyboards to cooling and usability, no detail has been overlooked.

Take the tiny inner gap between the two halves of the 2020 X1 Fold’s display—this has now disappeared, and in its place is Lenovo’s new “bell-shaped” hinge. With its exposed cover, the hinge moves the mechanism to cradle the screen itself, which means the PC is that much trimmer at just 17.4mm when folded, versus 27.8mm for the first-gen Fold. This cradled screen also allows for narrower bezels around the folding screen and improved durability. Achieving such advances was no easy feat, as the hinge features over 200 parts, many of which must move in concert. Lenovo’s engineers developed clever Flexible Printed Circuits, or “hinge sliders”, that pull tight when folded and connect the two sides of the system together. The device’s fan-less thermal system uses graphite to spread the heat across the folding hinge, ensuring better thermal balance between the two sides of the PC.

Back in 2019, Lenovo’s teams were already looking ahead and building proof of concepts for a larger sized screen, in addition to the redesigned hinge. “Bigger is better,” says Brian Leonard, VP of Design, Lenovo. “When you open it up, it instantly signals that you’re a different type of user.” The new 2022 X1 Fold features a 16.3-inch, 600-nit HDR OLED display, which can be used in Portrait or Landscape, while offering a 12-inch display on each side of the fold in Clamshell mode. “The single biggest challenge is the screen itself,” adds Kevin Beck, Senior Story Technologist at Lenovo. “Protecting the screen, making sure it folds in the right way … you can’t have a folding screen that creases.” The new, bell-shaped fold, now with both an inner and outer radius, thanks to the bell shape, makes it stronger and more durable. And all this internal tinkering has real-world benefits. Innovative changes to both the materials and positions of very small components of the screen create more space for antennae on this 5G-connected device.

Of course, a bigger, brighter screen requires greater battery power. The most significant challenge for Lenovo’s teams in the redesign was making the battery thin enough to complement all the other under-the-hood tweaks designed to slim down the X1 Fold. “This led to the necessity of having two batteries to solve that problem,” says Beck. “You can have a pretty small footprint for a battery, but only if it’s thick.” So, ThinkPad engineers built a new dual-battery system, with a main 48Wh battery on one side of the foldable PC, and a secondary 16Wh battery sitting alongside the motherboard. Engineers took advantage of Lenovo’s industrial low-temperature soldering techniques, first used five years ago, to shrink the size of the motherboard to fit in that all-important second battery. The results were significantly better battery life than the world’s first foldable model in 2020, coupled with that big, bright screen.

The X1 Fold’s accessories are also designed to be easy to use—take the stylus that magnetically attaches to the device, or the Bluetooth keyboard that can sit on a surface with a stand, or on the lower half of the display when it’s folded. And all the magic that allows the user to switch between the PC’s eight modes is happening inside the machine. “It’s all down to magnets,” says Beck, “and I think it just about drove the engineers crazy.” All the magnets on the PC and the accessories had to be placed in north-south orientations, so they would line up no matter how you used the X1 Fold. They had to trigger a hall effect sensor to tell the software to switch the screen resolution and orientation or turn off the lower half of the screen when the keyboard is placed on top. It was a logistical and mechanical engineering feat. 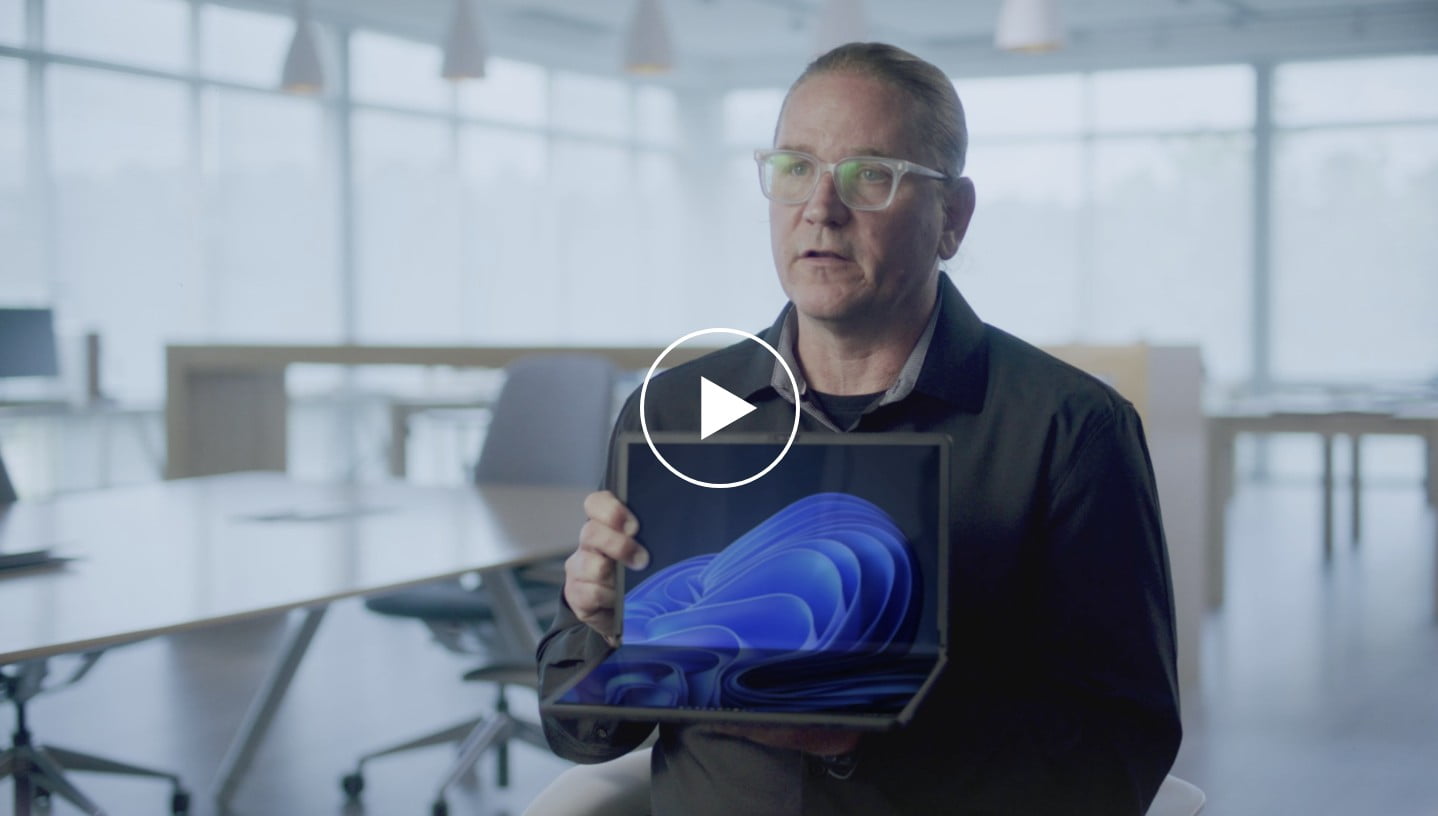 Just like all other ThinkPad products in Lenovo’s extensive Mil-Spec tests, this latest X1 Fold has been dropped, bent, shocked, vibrated and tested for dirt and dust resistance. “There’s roughly 200+ internal ThinkPad reliability and durability tests, some of which are regulatory, but a lot of them are of our own derivation, from customer experience,” explains Beck. “And we see behaviour changing over time,” he adds. “When people started carrying laptops around by their corners, or by holding the screen, that’s part of the reason why we invested so much time, effort and money into things like carbon fibre, which is used on the X1 Fold.”

This work at Lenovo is not happening in a vacuum. “Flexible and foldable displays have enabled a completely new form factor for our personal electronics,” says Dr Radu Sporea, Senior Lecturer in Semiconductor Devices at the University of Surrey. “It’s still early days. I think a lot of effort has gone into reliability and useability—hinges, creases, dust and water protection. This seems to be quite well under control now.” The most exciting developments, says Sporea, are to do with “taking the learning from flexible display screens and applying it to other electronic circuits, making them flexible, rugged and cost-effective to make.”

Aside from flexible circuits, there are more tiny but thoughtful design and engineering details throughout the X1 Fold. The keyboard now has a backlight and clickable 1.35mm keys. The three speakers, four microphones and three USB-C ports work in all eight user modes. And there’s a new side‑screw hole that makes repairing the X1 Fold and swapping out parts less invasive, expanding the lifetime of one computer. It’s the layers of invisible yet impressive redesign under the hood of the new 2022 X1 Fold which are certainly worth geeking out over.

Hospital at Home: The Future Standard of Care?

IT in the aftermath of The Great Resignation
How will organizations respond when The Great Resignation slows?
Outsmart attackers with a smarter security stack
Continuous security is critical with devices connected everywhere in the work-from-anywhere era.
Meet the next-generation workforce
By 2030, 74% of the workforce will be Gen Z or Millennial — see how technology drives them.
x Close search modal